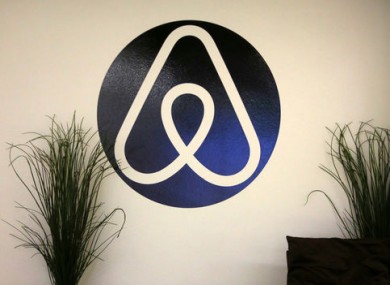 NEW DATA SCRAPED from the Airbnb platform in May and revealed exclusively to
TheJournal.ie suggests that the majority of revenue generated on the platform comes from rentals that will be deemed ‘commercial’ under new legislation due to come into force on Monday.

Those are houses and apartments rented for more than 90 days per year, rather than people sharing their own homes.

Inside Airbnb, a New York-based data project, uses modelling to create estimates of the number of days a property has been booked on Airbnb, based on the number of reviews of that property.

This is the first time they have released nationwide data for Ireland and Inside Airbnb will publish a report in conjunction with housing activists at the Irish Housing Network on Monday.

The data, as analysed by TheJournal.ie, suggests that around 4,978 ‘entire homes’ on the platform appear to have been rented out for more than 90 days – a good indicator that the host is not living in the property and one that will be used in the new legislation to label such a let as a commercial venture.

Click here if you are having trouble interacting with this map.

Whether the new legislation will be enforceable is another matter, discussed in detail by a recent investigation by Noteworthy.ie.

The impact of prolific Airbnb-listed properties on the Irish rental market has been a point of discussion and debate for some time.

“Airbnb is built on the principles of making communities stronger and spreading tourism benefits to local families and businesses,” says a spokesperson for the platform.

“Many Irish families use Airbnb to share their homes and boost their income, and over half of Airbnb hosts in Ireland say that they use the income from hosting to help make ends meet.”

Inside Airbnb bases its estimates on one in every two guests leaving a review and on three-night average stays.

Airbnb questions the validity of Inside Airbnb data – but since the platform doesn’t share its own data publicly, the only available information comes from third-party estimates.

The data suggests an estimated total revenue of €191 million generated for Airbnb in the year up to 12 May 2019 with €110 million of that coming from ‘entire home’ properties rented for more than 90 days.

“It is the business interest of platforms like Airbnb to take commercial advantage of inadequate government regulation,” says Michelle Connolly, a spokesperson for the Irish Housing Network.

The data also suggests that 529 ‘entire homes’ on Airbnb in Galway, covering both the city and county areas, were rented for more than 90 days.

Some of those are certainly purpose-built holiday homes but many are also residential homes which have been converted to businesses in breach of planning law.

In Galway city, residents have been evicted to make way for short-term let businesses, claims Karina Timothy, the manager of the Threshold housing advice charity in the area.

“Tenants have been served notice, who subsequently discovered that their home was then being used as an Airbnb letting,” she said.

In the Dun Aengus housing complex on the Docks in Galway, on a Sunday in May, TheJournal.ie observed an elderly American couple trying to access their Airbnb apartment.

First, they struggle to find the right door because their information doesn’t include a flat number; then, once they find their Airbnb apartment, they can’t get in.

Eventually, they phone their accommodation provider and follow the instructions. It turns out that the electronic keypads are activated when the palm of a hand is placed in front of the screen.

A code can then be entered, which unlocks the door. Some 10 of the apartments in the residential complex feature the same electronic keypads.

A young woman walks through the complex; she says she works for a company that rents two homes in Dun Aengus on Airbnb.

Elsewhere, uniformed cleaners are cleaning out an apartment – which the next-door neighbour says is rented out on a short-term basis year-round.

On the Galway City Council planning database, there is no record of any applications to convert the residential homes in Dun Aengus into holiday-let businesses.

The problem is particularly acute in the Long Walk area, which runs from the Spanish Arch along the Docks and in the adjacent Dun Aengus apartment complex, according to Galway resident Dara Vaughan.

He says that he was evicted from a shared house in the Long Walk area of the city last December.

The neighbouring houses on both sides of where he lived were already being used as short-term lets, and Vaughan believes that he and his housemates were cleared out to make way for a holiday-let business.

“The dogs on the street know about it,” he says. “The city centre is an Airbnb town.”

Since being evicted from the property in the Long Walk, he has had to move out of Galway city to secure accommodation.

According to the data collated by the Irish Housing Network and Inside Airbnb, some 7% of private rental stock in the Galway City Central Local Electoral Area is being used by commercial Airbnb operators.

As well as examining properties let for more than 90 days, the activists included Airbnb hosts with two or more entire homes on the site under their definition of commercial operators.

Labour Councillor Niall McNelis says he knows Galway residents who have been evicted to make way for short-term let businesses in the city and he has raised the issue repeatedly in the council.

“It’s top of my agenda to get this stopped,” he says.

The council does not have a dedicated staff to carry out investigations, according to a spokesman. To bring a planning enforcement case the council has to go to court, and it can be very difficult to get enough evidence to secure a conviction, he adds.

But the council is spending €250,000 per month on homeless accommodation including hotels and B&Bs, says McNelis.

“I can’t understand how we are bringing enforcement action over people’s signage – but we are not able to go after something like this,” he says.

The prevalence of short-term let apartments in the Dun Aengus complex is not unusual, according to McNelis.You walk around Eir Street, the Latin Quarter, the West End, you will see the key boxes on the doors.

There are more short-term let businesses in Galway too, he says, operating through other platforms including Booking.com.

Airbnb didn’t respond in time for publication to queries regarding evictions of residents in Galway to make way for short term let businesses.

Regulations aimed at stopping people from converting residential homes to short-term let businesses are due to take effect from 1 July.

According to the new rules, all of those commercial Airbnb operations in the Rent Pressure Zones will need to apply for planning permission.

The Irish Housing Network welcomes the new regulations but queries whether they can be enforced.

“The planned Irish regulations do not include the appropriate compliance and enforcement tools that have been proven internationally to limit short-term rental activity to planned use,” says Connolly of the Irish Housing Network.

There are no consequences for failing to register and no measures in place to force compliance with the new rules, she says.

With the regulations set to come into effect on Monday 01 July, homesharers are required to register with their council. Galway City Council said on Friday that it had received one registration form so far.

The housing activists also argue that much of the ‘private room’ rental on Airbnb is commercial in nature and could be impacting the supply of residential rooms available to rent.

They defined hosts with three or more listings for private rooms as being ‘commercial’ and estimated that those private rooms generated around €15m (8%) of Airbnb’s total income.

Some of those might be approved guesthouses who use Airbnb to advertise but many appear to be residential homes.

The new regulations should also apply nationwide, says Connolly. “The data suggests that short-term lets are negatively impacting some rural areas, particularly in tourist destinations in western counties such as Clare and Kerry. ”

According to the data collated by the Irish Housing Network and Inside Airbnb, in the South and West Kerry Local Electoral Area, more than 50% of private rental stock is made up of ‘commercial’ Airbnb houses.

While some of these are likely to be purpose-built holiday homes, residents and employers in Dingle have complained about the number of residential properties being converted to short term lets.

An An Bord Pleanala ruling in 2016 found that converting residential homes to businesses was a breach of planning law.

The Department of Housing says that the existing planning rules will still apply outside of Rent Pressure Zones after the regulations come into effect.

The Irish Housing Network says they would prefer not to rely on scraped data and called on Airbnb to publish their data.

Airbnb did not respond in time for publication to questions as to how much of their revenue stream comes from entire homes rented for more than 90 days or why they don’t publish data. 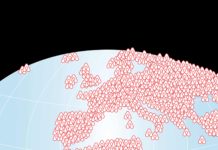 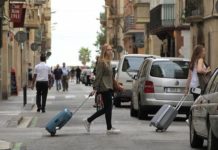 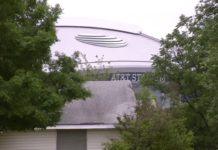 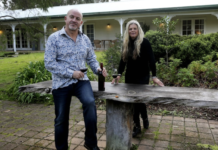