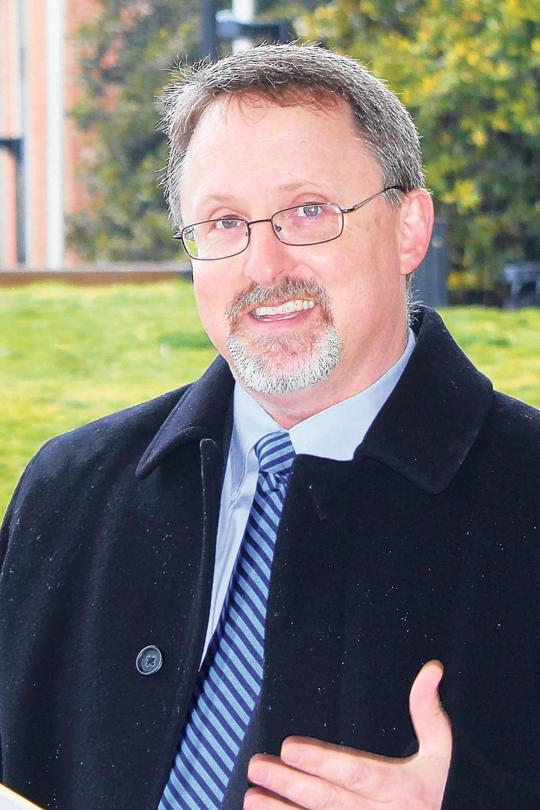 Commissioner of the Revenue Todd Divers discussed regulations on the rentals in the wee hours of Tuesday morning near the end of a marathon City Council meeting that started Monday evening.

Only three localities in the state have entered into an agreement with the company.

“Like the proverbial serpent in the garden, Airbnb has continued to tout this devil’s bargain,” he said.

The presentation was prompted by a city resident’s complaint in May that collecting and paying the lodging tax is difficult.

The rentals, also called homestays or short-term rentals, have presented a quandary for local governments as they challenge local regulations.

Currently, Charlottesville residents are asked to get a homestay permit through the Department of Neighborhood Development Services, obtain a business license and then collect the city’s lodging tax, which is 8%.

Divers said some “misinformed constituents wrongfully assume there will be bags of cash falling from heaven.”

If the city were to enter an agreement, the tax would automatically be added to the online booking fee and the company would send the collection to the city, according to the company.

According to Airbnb, Abingdon, Alexandria and Blacksburg are the only localities in the state that have an agreement with the company to collect the tax from rental site.

Divers said he has several issues with the agreement, but his chief concern is that it would put Airbnb on a different playing field than traditional hotels.

“The article in The Progress makes it sound like the mean ol’ Mr. Commissioner is choosing not to take the deal from Airbnb,” Divers said of a story published ahead of Monday’s meeting. “It’s not that I’m choosing not to take it. I don’t believe legally I can sign that deal.”

The agreement also would shield the identity of the owner of a rental property, prohibiting an audit of individual hosts. Also in the agreement is a stipulation that the city would only be allowed to audit the company once every four years.

“All the other major hotel chains manage to report and remit trust taxes directly to the localities for the millions of transactions taking place in thousands of properties across the commonwealth, all while maintaining auditable records in compliance with state code,” Divers said.

Divers pointed out that in 2016 and 2017, the company lobbied the General Assembly to be exempt from certain local regulations and said it was unable to collect taxes. By 2018, Divers said, Airbnb had “changed its tactics” and began circulating the agreement that it would gather the revenue.

“They’ve got a checkered history to say the least,” he said.

Divers uses a third-party consultant to compare listings on the site with homestay permits to monitor compliance. The city then works with property owners to meet regulations.

Divers said his department effectively monitors compliance and regulations are not “onerous.”

Divers suggested eliminating the requirement to annually refile a homestay permit and instead require a one-time payment.

Divers said the annual payment is not required for other home occupation permits, such as cutting hair at a house. He said it could also discourage some people from coming to the city in the first place.

“I think that would be a great thing to bring up,” Councilor Mike Signer said.

Divers plans to bring council a proposal revising the permit requirements at a future meeting.