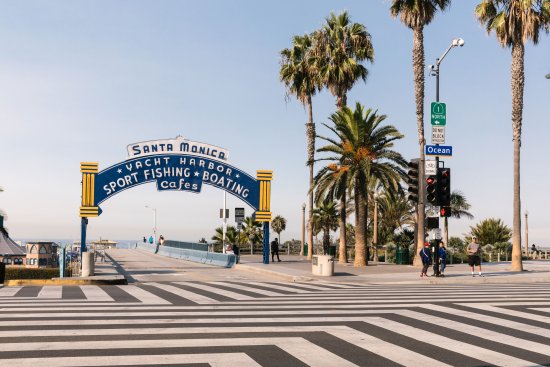 The city of Santa Monica Tuesday signed an agreement with short-term home sharing giant Airbnb designed to reduce the number of illegal listings in the city.

Under the deal, Airbnb will require all its hosts to register with the city and obtain a license number and business permit, the city announced. Hosts are also prohibited from listing multiple properties.

Furthermore, customers will be required to pay a $2 fee per night booked which will go towards helping Santa Monica set up more affordable housing.

“We now can better protect real permanent homes, especially our affordable rent-controlled apartments, from being used as de facto hotel rooms, displacing our neighbors,” Santa Monica Councilman Kevin McKeown said in a statement. “This hard-earned settlement is a win for affordable housing, a win for our neighborhoods, and a win for residents who welcome guests through legal home sharing.”

Santa Monica had prohibited short-term residential rentals for decades, but eased the ban in 2015 by passing an ordinance which allowed residents to host paying visitors for 31 days or less.

However, under that ordinance, hosts were required to be licensed with the city and must remain on site during their guest’s stay. The ordinance was designed to keep homes from being turned into de facto hotels.

The legislation was further amended in 2017 when the city banned home sharing platforms from collecting payments from bookings through unlicensed hosts.

That amendment prompted Airbnb and HomeAway to sue the city, claiming the ordinance violated the federal Communications Decency Act of 1996. In March, the Ninth Circuit Court of Appeals sided with the city.

This new deal was in response to that lawsuit.

There are currently 351 registered home-shares in Santa Monica, with the large majority coming from Airbnb.

Back in December of 2018, the Los Angeles City Council approved an ordinance that limits the number of days under which property owners can rent out their residences through home sharing platforms. Under the guidelines, homeowners and landlords are limited to renting out their rooms or full homes to 120 days per year.