MANHATTAN — Visiting businessman Peter De Jong said he’s “a friend of Airbnb” and that “they normally stand by their customers.”

But De Jong said that was not the case last week when he discovered some unwelcome four-legged guests at the studio apartment he was renting through Airbnb.

He’d paid $2,662.70 in advance for a two-week stay at the apartment on West 69th Street and Broadway in Manhattan. De Jong said there were no problems for the first few days, but on the fourth night he awoke to find “one of these rodents was sort of nibbling on my toe. It crawled up my legs.”

De Jong said he jumped out of bed, grabbed his phone and recorded video of what looked like a rat crawling across his bed. He also took a picture of a rodent between the blanket and sheets.

De Jong, who lives in Thailand, says he’s not afraid of rats, but “you don’t want them on your body.”

He emailed the apartment owner and sent him the video and pictures.

“This situation is not only disgusting, it also poses a health risk,” De Jong wrote.

He demanded a full refund in cash or transferred to his bank account. In return, De Jong said, “I shall not alert or involved Airbnb… nor shall I write an Airbnb evaluation of my stay at your apartment.”

The owner did not respond, but he did forward the email to Airbnb.

A customer service rep named Mariah emailed De Jong saying “offline or cash payments are a violation of our Terms of Service and can result in removal from Airbnb.”

“We don’t allow reviews to be written/not written in exchange for refunds. … Because of your attempt to extort him for a full refund, [the owner] is requesting you vacate the listed by 9 a.m. today, June 4, 2018. Any refund would be at his discretion.”

What about the video and pictures of the rodents?

“I want to sincerely apologize for any inconvenience this may have caused to your travel plans,” Mariah wrote.

De Jong packed up and moved to a hotel in Midtown.

“She completely sided with the owner,” De Jong said.

After the apartment owner refused to refund any of the money, De Jong reached out to PIX11 News. We then contacted the Airbnb press office.

In one day, a company spokesperson emailed:

“We are in touch with this guest and have provided a full refund for the reservation and are actively investigating.”

De Jong was grateful to PIX11.

“If you hadn’t asked the prudent questions, I’m guessing they probably wouldn’t have come through with the money for me,” he said.

“I will be filing charges against Mr. de Jong for his blatant attempt at extortion,” he wrote.

He said he believes he’s the victim of a scam “in which a guest brings in a pet store bought rodent and then films it in the unit and then demands a full refund after using the accommodation.”

De Jong denies having bought any rodent at a pet store. 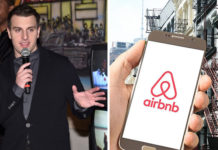 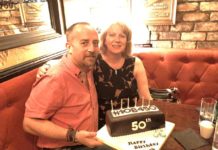