Short term lodging and vacation rentals have taken the travel scene by storm. Companies like Airbnb are thriving as renters comb their site to book online all over the globe. But in the Chicago area, not all rentals are working out as planned.

One suburb is trying to do something about the issue with one Airbnb home, but with little success. One Chicago block is getting some attention, but not much action, after bullets fly, two people were shot and TV cameras show up.

There was a large house party at a home on the 1900 block of North Lawndale in Chicago on July 1 around 4 a.m. that was being rented as an Airbnb.

“There was a party there that we later found out was advertised on social media,” Christina Cochran said.

She said the party had at least 100 people attending and an altercation spilled out onto the street and ended up in gunfire. She said that gunfire left 15 to 18 bullet holes in her Logan Square home.

Her family was safe, but the Cochrans have $7,200 in damages. To add insult to injury, after weeks of calls to Airbnb and eventually its third party insurance, she said they encouraged her to fill out a homeowners claim. She said one had a $2,500 deductible, even though Airbnb’s policy is that host protection insurance covers damages in cases like this for up to $1 million.

Cochran said the insurance agent made her feel uncomfortable.

After providing two estimates, photos and a police report, Cochran was told Airbnb’s insurance company will send out its own adjustor roughly 30 days later.

“It’s absolutely been a nightmare, my child asks me repeatedly, is this going to happen again? Are we safe here? When they go out into the yard, they point out bullet holes in our house to their friends. Look where the bullets hit my house,” she said.

First Ward Ald. Proco Joe Moreno is in support of Airbnb, but said he is working to close a critical loophole in Chicago. The owner of that home, an elderly woman from Iowa, did not have a permit to rent the renovated brownstone. The city had yet to approve her application.

“I am putting in an ordinance closing that loophole so they cannot operate until their license is fully vetted and approved,” Ald. Moreno said.

The homeowner from Iowa referred WGN and all questions to her adult daughter. When WGN called, she said, “This is none of your business,” and hung up.

When it comes to short term rentals, Moreno said it is the very first negative incident reported in his ward. Still, two people were shot in Logan Square. Police told Cochran the renters advertised a house party that night on social media.

Airbnb continues to maintain safety is its main concern and with “…300 million guest arrivals in Airbnb listings to date; negative incidents are extremely rare.”

“It’s a matter of public record, I can see all the sex offenders in my area, yet I don’t know who is staying two doors down from me,” Cochran said.

Trouble with another Airbnb rental has been brewing for years in north suburban Highland Park. One house on Cooper Lane has been plagued with renters who’ve gone awry. It all started back in 2014 when rapper Chief Keef was evicted from that house for not paying rent. Local disturbances were common. Police were even called for reports of shots fired that year.

In 2015 that house was listed on Airbnb to rent. Activities since then have resulted in a litany of complaints contained in a 400-plus page lawsuit filed this month in Lake County against the homeowner.

Only five homes are on a quiet cul de sac, and the homeowners association has filed the suit claiming everything from reckless driving, to the playing of loud music, possible underage drinking and so much more.

After bringing the case to the attention of Airbnb this week, the company said they have “suspended the host while we investigate.” It means they will not be able to rent it out on Airbnb.

The home owner’s daughter and caretaker of the six-bedroom, 10,000 square foot home for $690 a night, told WGN that none of the claims are true. Until WGN called and the suspension was issued, warnings from the city of Highland Park for not being registered to rent, and a pending lawsuit, were not enough to stop the rentals on the quiet block and the alleged bad deeds of renters who stayed there.

At the advice of their lawyer, residents on Cooper Lane declined to speak on camera with WGN because of the pending case.

“There’s Airbnb everywhere. There is a higher concentration in the city, but this could happen anywhere. Regulations need to change to keep all of our neighborhoods safe, not just this block,” Cochran said.

Chicago’s Department of Business Affairs and Consumer Protection is investigating the Logan Square case along with police, but required Airbnb to delist the North Lawndale property until further notice.

In Highland Park, next court hearing regarding the six-bedroom house on Cooper Lane is scheduled for Friday. 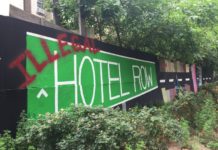 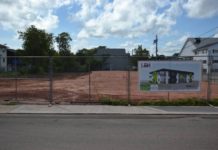 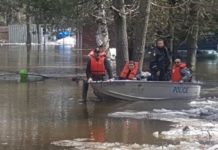 As Airbnb Grows in Cuba, Locals Suffer the Emotional Burden of...