STAINED furniture, filthy surfaces and the overwhelming stench of urine weren’t even the biggest problems with one woman’s Airbnb rental in Las Vegas.

Traveller Mary Gaetz-Scholtz had paid $1464 (A$2000) upfront to rent the Sin City house through Airbnb for a recent three-day weekend.

But when she arrived at the property, she found its filthy state was far from the worst thing about it.

“The furniture was heavily stained and beyond normal wear and tear. There was a strong odour of animal urine in the house,” the Iowa woman told non-profit consumer rights group Elliott Advocacy.

“The host indicated that the key to the property had been lost and she was unable to get a new key made so there was no key.”

Worst was the notice she saw taped to the garage door — a cease and desist letter from the City of Las Vegas, announcing this was an illegal rental unit.

The house was nothing like the photos in the listing. Picture: Elliott AdvocacySource:Supplied

Stung by having booked an illegal property, Ms Gaetz-Scholtz immediately contacted Airbnb to cancel the booking.

But was met with another problem when Airbnb refunded her only $1087 — $377 short of what she paid for a rental that shouldn’t have been rented out in the first place.

She then contacted Elliott Advocacy to try and get all her money back.

Michelle Couch-Friedman, the executive director of Elliott Advocacy, said there was no reason why Ms Gaetz-Scholtz didn’t deserve a full refund.

The mess on the kitchen table. Picture: Elliott AdvocacySource:Supplied

“You had every right to expect that your Airbnb rental would be a legally approved, clean home that would bear some resemblance to the property you viewed on the Airbnb site.

But you were confronted by a residence that was a far cry from the Airbnb photographic representation,” she said.

“This place was sporting torn upholstery, dirty tables, piles of the owner’s personal belongings and scratches and crayon marks all over the walls and doors. One quick look around left you wondering how fast you could hightail it out of there.

Much of the furniture was stained or ruined. Picture: Elliott AdvocacySource:Supplied

“The fact that the host did not even provide you a key or other means to secure the home during your stay was just an additional absurd aspect of this botched vacation rental.

“However, you found the most compelling reason for your immediate rejection of this ‘rental’ taped to the garage door.”

Ms Couch-Friedman said the cease and desist letter should have immediately nullified Ms Gaetz-Scholtz’s contract with the host and Airbnb and qualified her for a full refund.

There were crayon marks on the walls. Picture: Elliott AdvocacySource:Supplied

Ms Couch-Friedman said although the tourist had given Airbnb photos of the shoddy house and a letter from city council stating the property was an illegal rental, Airbnb initially “did not fully grasp the situation”.

“The initial Airbnb representative focused on the wrong part of your story. (He) pointed out that you did not give the host a chance to correct any issues with the home. Clearly, the facts of this case show that was not possible. There is no way that the host could have corrected the lack of approval from the City of Las Vegas to rent her property.

The owner’s things had been left around the property. Picture: Elliott AdvocacySource:Supplied

“This Airbnb representative put you off for several weeks, telling you that he was attempting to get the other side of the story from the host, who was not answering his inquiries. Meanwhile, the host refused your calls as well.”

After Ms Couch-Friedman contacted Airbnb on the client’s behalf, the rental service immediately realised there had been a mistake — Ms Gaetz-Scholtz was entitled to a complete refund, as the property was an illegal rental.

Airbnb has now refunded Ms Gaetz-Scholtz in full and offered a $50 credit and removed the listing from their site.

“In the future, if a company representative appears unable to understand your situation, politely ask to speak to a supervisor,” Ms Couch-Friedman said.

“Your story is an example of how useful a fresh set of eyes can be in resolving conflicts.” 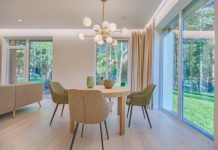 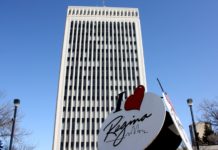 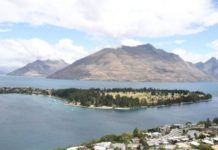