A group of three filmmakers claim they were stopped by police after they checked out of an Airbnb rental in California simply because they were black – saying a neighbor called cops on them because they didn’t wave hello.

One woman in the group, Kells Fyffe-Marshall, recalled the April 30 incident that left her “angry, frustrated and sad” after police in Rialto responded to the scene as the group was locking up an Airbnb residence they had rented the night before.

“The four of us packed our bags, locked up the house and left,” Fyffe-Marshall wrote on Facebook. “As you can see 3 of us were Black. About 10 seconds later we were surrounded by 7 cop cars. The officers came out of their cars demanding us to put our hands in the air.”

The officers also told the group that a helicopter was “tracking” them at the time, with other cops having already locked down the neighborhood.

“Why? A neighbor across the street saw 3 black people packing luggage into their car and assumed we were stealing from the house,” the Facebook post continued. “She then called police.”

Twenty minutes later, Fyffe-Marshal said the “misunderstanding” took another bad turn when a commanding officer didn’t believe the details of their stay and forced the group to produce booking confirmations from Airbnb and get in touch with the landlord. In all, the group was detained for about 45 minutes as police “figured it out,” she said.

A message seeking comment from Rialto police was not immediately returned Monday.

“We have been dealing with different emotions and you want to laugh about this but it’s not funny,” the post continued. “The trauma is real. I’ve been angry, frustrated and sad. I was later detained at the airport. This is insanity.”

Officers even told the group that the woman who called police did so because they didn’t wave as “she looked at us putting our luggage into our car from her lawn,” Fyffe-Marshall wrote.

Airbnb officials said the company reached out to the group to offer sympathy and support last week after learning of the incident.

“Based on what we’ve learned and consistent with the various news reports, this incident appears to be an issue involving a neighbor, but the fact that this neighbor was not a member of the Airbnb community doesn’t change the fact that what happened to our guests is unconscionable and a reminder of how far we still have to go as a society,” the company said in a statement Monday to The Post.

Airbnb officials encouraged anyone with a similar experience to contact the company directly.

“We are also reaching out to our partners at the NAACP, National Action Network, Color Of Change, and others to discuss this matter and ensure we are doing all we can to protect our community when they travel,” the statement continued. “While we do fundamentally believe in the power of travel to break down historic barriers and have faith in our fellow humans, we will continue to do all we can to make sure our Guests feel like they belong when they travel to different communities around the world.” 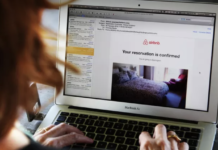 Our apartment buildings could very soon be invaded, thanks to Airbnb 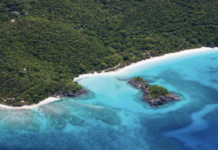