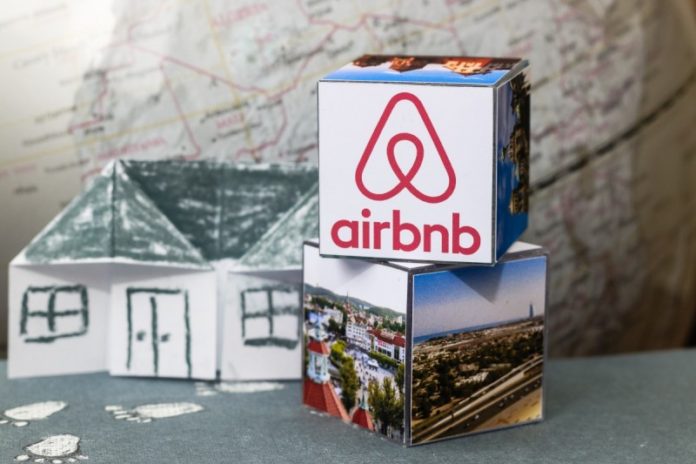 You may have heard that the DC Council preliminarily passed a bill to limit Airbnb and similar rentals. You may have heard that people wouldn’t be able to rent out a place they don’t live in at all, but will still be able to rent out rooms or parts of their houses while they are there. Or the bill will let them rent the whole place while out of town, but only for 90 days a year.

That’s what I thought, and I think that’s what most reporters thought, and it appears that’s what most councilmembers thought. But all of these people were wrong, a report from the DC Chief Financial Officer says. Because actually, it turns out, this bill will outlaw 80-90% of all short-term rentals, even for people who are renting a room in their house when home or for only a small percentage of time when away.

There’s another provision in the bill which hadn’t gotten as much attention. That provision says that, in addition to these restrictions, someone can only get a short-term rental license — a requirement to rent through a service like Airbnb under this bill — in areas where the zoning allows “transient rentals,” like places hotels are allowed, but residential zones do not allow this.

The issues for the “Airbnb bill”

Proponents of this bill have pointed to some egregious abuses, like a landlord with a building under rent control who just rented all the units out through Airbnb.

More generally, they argue, Airbnb and related services squeeze the supply of regular rental housing. Let’s say someone bought a row house or condo in a mixed-use neighborhood, lived there for a while, and moved away. They could rent the place to a new permanent tenant. Or, they could list it full-time on Airbnb. The latter often makes more money. Using Airbnb also helps the homeowner avoid being subject to tenant protection laws.

Airbnb, for its part, argues that these rentals cover at most 0.25% of DC’s housing, so the claim that it’s restricting housing supply isn’t justified. And it says rentals in less tourist-heavy neighborhoods, like east of the Anacostia River, bring visitors to areas they wouldn’t otherwise see to support neighborhood restaurants and shops. Though that’s a very small fraction of Airbnb rentals.

There are some broadly supported use cases

Most people involved in the debate agree there are good uses of Airbnb and similar services. Someone who travels for long periods of time might want to rent the place out when not home. That’s not taking away a housing unit, since the owner wouldn’t rent it full-time anyway.

A condo owner who doesn’t need one of their bedrooms could host visitors for short times in that extra bedroom. That’s less controversial as well.

There are fuzzy areas. What if the house has a basement apartment that functions essentially as a whole separate unit, with its own entrances? Maybe that could be rented out as a basement apartment, so is using it for Airbnb okay or not? What if it’s not legally a separate unit and can’t be legally rented? For that matter, would this encourage people not to get the separate Certificate of Occupancy for such a basement, to keep it classified as part of the house?

Ultimately, the DC Council chose in its recent vote to prevent any whole homes from being full-time Airbnb-type rentals. People living in their homes full-time could rent the home out for up to 90 days when on vacation, and/or rent out part of the home when there.

Councilmember Charles Allen (Ward 6) introduced an amendment to raise the 90-day threshold to 120 days and also prohibit visitors from getting Residential Permit Parking (RPP) stickers or guest permits. Those both seem like sensible ideas. 120 days is still enough to make it unecnomical to have a vacation-only property, but helps people, like academics, who spend a lot of time out of town. The parking restriction is sensible to avoid putting even more cars at vastly underpriced levels on DC streets. Unfortunately the amendment didn’t pass.

There was something of a surprise in the Fiscal Impact Statement, the legally-required analysis from the Chief Financial Officer that ensures laws don’t put the budget out of balance. The FIS says:

The bill will limit listings in several ways. First, the bill limits rentals to properties in which the owner is receiving the homestead deduction, eliminating investor rentals. Second, the bill limits vacation rentals, in which the owner is not present on the property, to a maximum of 90 days per year. Currently such rentals are occurring all year. Third, the bill limits rentals to properties currently zoned for transient rentals. Because approximately 80 to 90 percent of short-term rentals occur in residential zones, this restriction is expected to eliminate nearly all current short-term rentals.

Is this what councilmembers had in mind? Staff for one told me that no, they hadn’t meant this, but have been trying to figure out what to do after the CFO brought this to their attention. The bill has passed first reading, which means it has to come up for another vote, when the council can amend it.

What this bill does is tie eligibility for STR licensing to compliance with zoning regulations, and closes the loop by tying the ability to list on online platforms to licensing. What the Council knows now is that the applicable impact of the bill, would halt about 80-90 percent of the STR market in the District.

With the OCFO’s analysis in mind, the Council is rethinking the bill in regard to any references to the zoning regulations that would harm the STR market beyond the restrictions and requirements presented in the proposed bill. However, this amendment language has not been finalized, so it is still unclear the degree to which the bill at 2nd reading will address the issues identified in the FIS.

DCRA had created a table of rules for short-term rentals to comply with zoning, but most people just weren’t getting any permits. That’s not a surprise, since under the zoning rules, anyone in a residential zone would have to file for a “special exception” or variance, a lengthy and expensive process.

This bill would force the listing companies, like Airbnb, to collect and display a short-term rental license number on every listing, thereby stopping unlicensed rentals. It seems worthwhile to let people, even in residential zones, continue to rent parts of their homes when there, or for 90 or 120 days when on vacation.

Plus, rules like these don’t seem necessary in zones that allow hotels. After all, an individual with a house they want to rent out more can simply get a Bed and Breakfast license today, which certainly allows renting for more of the time and to more people than under the Airbnb rules. They certainly seem to be written with the residential zones in mind, not commercial ones.

Will this bill even take effect?

The FIS presents an additional problem: The CFO’s office says this bill will reduce District revenue by “at least $20 million in fiscal year 2019 and $96 million over the four-year financial plan” in lost tax revenue. That doesn’t count extra costs for DCRA to administer the short-term rental licenses that would be created.

As a consequence, the bill is “subject to appropriations,” meaning it can’t take effect until a future budget allocates money to fill the hole. Finding $20-25 million a year may be more challenging than just adding some Airbnb restrictions.

Or, the council can amend the bill to eliminate the fiscal impact. What exactly it will take will be up to the CFO’s office to decide.

What do you think DC should do about Airbnb and similar services? 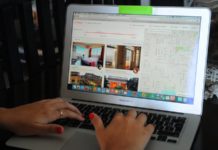