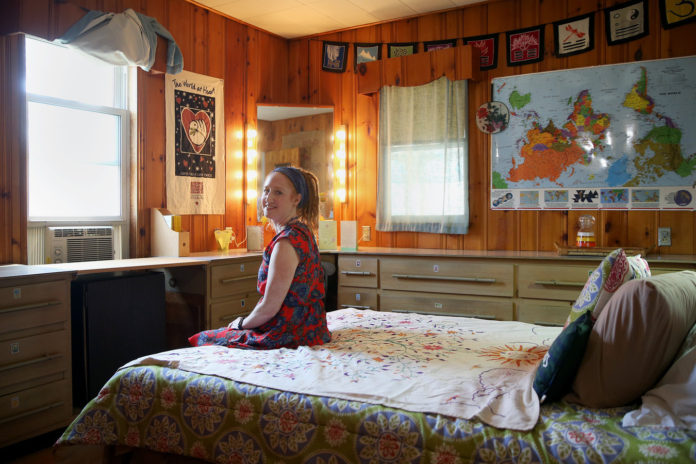 Suzanne Cloud never expected to end up in her 1,600-square-foot house in Collingswood alone.

She bought her charming, three-story twin in 1984, paying $46,000 with her husband to live along the borough’s main drag. There, they raised three boys, launched careers, and witnessed Collingswood transform from a declining municipality filled with vacant storefronts and blight to one brimming with hip restaurants and artisan shops.

Then, in 1999, her world inside this borough of 14,000 fractured: Her husband collapsed from a heart attack at age 46. The boys grew up and moved. The Great Recession came and went, bringing job loss, unsteady work, and near-foreclosure. “It rocked my world,” said Cloud, who is now 66. “But you go on.”

By 2014, with the sharing economy growing, Cloud looked around. She had three empty bedrooms, and common space to share. So she did what so many homeowners in the 21st century have done: She created an account on Airbnb, and listed her house for rent.

For 4½ years, she rented the three rooms — living in the house herself — for a few hundred bucks a month, pocketing $8,000 to $10,000 a year. She welcomed medical students on rotation for weeks at a time at Camden’s Cooper University Hospital, as well as former residents returning for holidays. It was no jackpot, Cloud concedes, but it helped pay the mortgage, and provided visitors inexpensive lodging in a borough with no hotels.

Then, in November, a letter arrived: Collingswood had discovered that Cloud was operating an Airbnb — a violation of local zoning laws. She had to cease and desist, immediately.

In 1.8-square-mile Collingswood and beyond, municipalities and states are grappling with how to manage Airbnb, the $31 billion gig-economy unicorn that allows “hosts” to rent entire homes or spare rooms to “guests” for nights or months. Launched in 2007 with ostensibly modest ambitions — two San Francisco roommates looking to make money by renting out air mattresses in their loft — Airbnb now boasts nearly five million listings in 81,000 cities, and 300 million guest arrivals to date.

To be sure, the Airbnb of 2018 looks nothing like the service that sprouted a decade ago, having ballooned into a platform that is threatening even the largest hotels. Today, some hosts use the service for more than just renting a spare room for extra cash, instead leveraging Airbnb to create large-scale networks of two, three, and four or more homes for rent. According to estimates distributed last year by the American Hotel & Lodging Association — a trade group working to cripple Airbnb — 30,000 hosts nationwide operated two or more listings for private homes between October 2015 and September 2016, totaling nearly 133,000 listings that generated $1.8 billion in revenue. (According to the report, only Airbnbs with long-term requirements were studied, meaning ones requiring a 30-night stay or more.)

Yet somewhere between the air-mattress model and large-scale operations is where many Airbnb hosts, such as Cloud, operate today — though independent data can be hard to find. Airbnb has maintained that it is a “home-sharing” platform at its core, while analysts from more independent sites such as Inside Airbnb and AirDNA indicate that entire homes, not spare rooms, tend to dominate markets. Either way, local governments are being forced to confront decades-old zoning laws — as well as questions about affordability, safety, neighborhood fabric, and the future of work.

‘A scourge’ on neighborhoods

Collingswood, nestled between Camden and Haddonfield, has 20 Airbnb hosts, an Airbnb spokesperson said, who rented to 610 guests last year. The typical Collingswood host made $1,700, Airbnb said, and rented for an average of six nights a month.

The tension that Airbnb has caused in larger cities is not the same as the kind playing out in Collingswood. In New York City, for example, with more than 52,000 listings, Airbnb critics, including the city comptroller’s office, have argued that the company has forced rents and home prices to climb at a time when affordable housing is already unattainable. By allowing hosts to convert homes into short-term rentals, critics argue, Airbnb has further reduced supply.

In Collingswood, no one is arguing that Airbnb is hampering affordability. But as Airbnb continues to gain critical mass in markets first, followed, typically, by regulation second, many governments say they believe that they are playing catch-up with a phenomenon that has swelled beyond their grasp.

Collingswood Mayor Jim Maley said officials had no idea that residents were running Airbnbs regularly until a resident complained last year, noticing unfamiliar residents at Cloud’s house. The more officials probed, the more they became concerned, Maley said, that Airbnb could convert this quiet community of 7,100 homes into one of boardinghouses and rental properties, with absentee landlords in tow.

“For the last 25 years, we have tried to reverse the tide of single-family homes converted to rental properties — duplexes and triplexes, they were a bit of a scourge on our residential neighborhoods … back in the ‘70s and early ‘80s,” Maley said. “We worked to get rental properties out of our residential neighborhoods. And it’s been successful, and at least in our estimation, one of the reasons why we have had a bit of a resurgence.”

When Maley took office two decades ago, Collingswood was different. Downtown was reeling, as shops fled to the Cherry Hill Mall. Buildings were boarded. Single-family homes were sold to absentee owners, who subdivided them into rentals, and neglected them. In 2002, with its population swelling, Maley said, Collingswood’s parking and schools were stressed.

As one of his first initiatives, Maley gave incentives so residents would convert duplex and triplexes back into single-family homes. Called “Glad to Be Single Again,” the program offered financing at below-market rates, as well as deferred loan payments for residents willing to renovate.

It worked, with single-family houses and twins now accounting for two-thirds of Collingswood homes, Census data show. Maley and other officials fear that stronghold could slip if Airbnb proliferates. And he has concerns about building and fire safety.

“Our knee-jerk [reaction] is no,” Maley said. “Having said that … we are looking at what, if any, permission we should give or what regulation we should do.”

“But if we were to permit this and regulate it,” he continued, “it still does not fit what [Cloud] is looking to do. She wants to rent it. Every night. Year round. And that’s something we are not going to be on board with.”

‘Ambassadors for the town’

So far, Collingswood has issued four cease-and-desist letters to residents running Airbnbs. In April, one ended up in the mailbox of Christina McLean, a Collingswood resident for nearly two decades.

Like Cloud, McLean, 41, said she used Airbnb to rent spare bedrooms while living in her house, a three-bedroom bungalow near the PATCO High-Speed Line. By renting rooms for $50 a night — and less for longer stays — McLean said she was able to pay her property taxes. A back injury from a 2014 car accident forced her on medical leave, and McLean said she welcomed the steady Airbnb income.

“One of the main concerns they have is that they don’t want absentee landlords, but two of the people they shut down are owner-occupied,” McLean said. “We are like ambassadors for the town. We want to show other people why Collingswood is cool.”

In many ways, McLean’s and Cloud’s situations reflect exactly what Airbnb says is its mission: allowing hosts to give travelers a “home,” while carving out a job in the gig economy. As for Collingswood, Airbnb said it “recognizes the need for common-sense regulation of home-sharing,” something that has been enacted in “more than 400 municipalities.”

In cities including Philadelphia and Jersey City, Airbnb has worked with governments to craft regulations — everything from requiring hosts to have permits to Airbnb agreeing to collect and remit local taxes. In Philadelphia, hosts can rent a property for as long as 180 days a year, and must obtain a license if doing so for more than 90 days. Airbnb also collects Philadelphia’s 8.5 percent hotel tax and Pennsylvania’s 6 percent hotel occupancy tax.

Earlier this month, the New Jersey General Assembly passed a bill introduced by Annette Quijano (D, Union), among others, that would impose New Jersey’s sales-and-use tax, as well as occupancy fees, on “transient accommodations” such as Airbnb. The bill is awaiting a Senate vote.

In the meantime, Cloud said she is waiting to appeal the borough’s zoning denial. And Collingswood Commissioner Robert Lewandowski is working to convince Maley and a third commissioner of the need for an official policy.

“It has to be addressed,” Lewandowski said. “As much as people want to characterize Collingswood with a crackdown on short-term rentals, what we’re really doing is a lot of back and forth, trying to see if we can get a workable solution.” 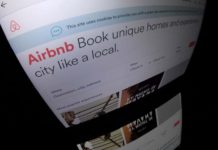 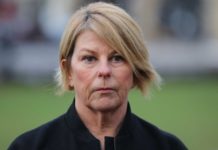 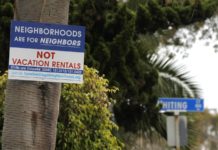 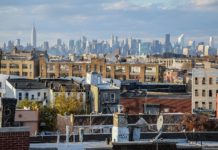