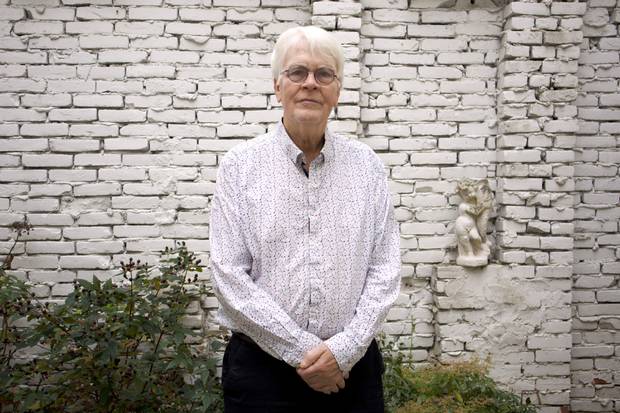 The bike rental operator has had a quiet day. It’s been an uncommonly wet afternoon in Amsterdam and the tourists have left the cycling to the natives. “The summer was epic,” Dirk says. “Everybody who comes here wants to cycle and experience life as a local. We had queues out the door.”

Airbnb, he says, has played a large part in that. “The people who typically use Airbnb will get out and about and spend money in the city. They want to live like a local, and that doesn’t just mean non-hotel accommodation.”

But, although it has helped his business – which, at five-years-old, coincides neatly when Airbnb first started to take a grip in the city – he has misgivings about the short-term rental giant.

“It’s changed the neighbourhood I live in – and not for the better,” he says.

A lot of his city compatriots are conflicted too. Others are up in arms – and they have taken to the streets to protest. They see Airbnb as one of the key reasons why house prices have risen, rents have gone up and chi-chi food shops have replaced good-value stores.

Urban planner Sito Veracruz has seen for himself the impact Airbnb has had on Amsterdam. He lives in its old centre and he notes that ever increasing numbers of properties are being rented out on short-term letting platforms, of which Airbnb is by far the most dominant.

“The original idea of Airbnb was a great one,” he says. “Rent a room out to a tourist and they get to have an authentic experience in another country.

“The problem is, it’s become far too commercialised. It’s far more lucrative to rent out entire properties on Airbnb than it is to use the normal long-term lettings market.”

Mr Veracruz could just as easily be talking about Dublin or a tourist magnet like Dingle, both of which offer far more entire properties for let at any given day than in the regular lettings sector.

According to Inside Airbnb, which tracks the platform’s lettings all over the world, there were 4,896 entire homes available on Airbnb in Dublin just before Christmas. On the same day, there were just 1,496 properties on daft.ie that could be rented in the capital. It’s a disparity that has seen Airbnb take a large portion of the blame for the Irish housing crisis, especially in Dublin.

Amsterdam has been trying to fight the inexorable rise of Airbnb by bringing in restrictions to limit the amount of days entire properties have been rented out. From January 1 this year, it has not been permissible to rent out properties in their entirety for more than 30 days in a calendar year. As of now, Amsterdam has the toughest laws concerning short-term lettings anywhere in Europe.

This year will also see Ireland attempting to bring the growth of Airbnb under control, especially in pressure points like Dublin. Anyone wishing to rent out a room will need a permit from their local council and only those who can prove that the Airbnb property is their primary residence will be able to let it in its entirety, and then for just 90 days a year.

Housing Minister Eoghan Murphy has made it clear that landlords and investors will not be granted a permit and, consequently, will not be able to make their properties available on Airbnb.

But if the experience of Amsterdam is anything to go by, it will not be easy for Irish authorities to limit Airbnb hosts from renting out properties in their entirety.

A senior housing official at the City of Amsterdam says without enforcement, new legislation is meaningless. He does not want his name used “because this issue is so political”. Having attempted to counter the growth of Airbnb for five years, he is intrigued by the Irish proposals. But he has a warning.

“What we have done from the beginning is expand our enforcement,” he says. “We have needed money and manpower to do that. If people feel the chance of being caught is minimal, then even the best policies are only words.”

The housing officer says the latest laws may limit the rise in Airbnb lettings in the city. Under the former 60-day rule, he said the platform rose by 8pc in the past year. “The growth is not as much as it was in the beginning,” he says. “But it’s still growing. When limited to 30 days, that growth could stop.”

He insists that the city council is not opposed to the original concept of Airbnb – where tourists rent a room from a host or where a host makes their entire property available on the limited occasion they are away on work or holiday.

“We call our policy a ‘holiday rental’,” he says. “It’s meant for people who go on holiday and don’t want to leave their house empty. We could not foresee that it would rise so quickly.”

The popularity of Airbnb practically exploded in Amsterdam. In 2014, there were around 6,000 properties listed on the platform. Today, the number stands at 20,000.

Shirley Nieuwland, of the Erasmus University in Rotterdam, has studied the ‘Airbnb Effect’ – so called because of the impact on short-term letting on residential neighbourhoods – and says it has been difficult to evaluate if the tough approach has achieved its aims or not.

“The regulations are one thing,” she says. “But the enforcements are mostly the problem. Even if you have very strict regulations, a lot of cities have the problem that they can’t enforce them. It’s really hard to find out who’s following your rule and who is not.

“Finding the host is very complicated. There are so many listings online. You need Airbnb on your side, but they don’t share individual data. If you find the people, how are you going to prove that they did 100 nights of renting? They can say, ‘It’s only a friend who is staying here’. Even if you have the regulations and fines in place, it’s still really hard to put it into practice.”

The housing official at City of Amsterdam HQ insists that it can be proved that hosts transgress.

“At first our focus was on illegal hotels – basically apartment buildings that were completely let out to tourists,” he says. “We issued fines of up to €20,500 per apartment, so if multiple apartments were being let out we could fine more than €100,000 – and we did. And we’re catching those who are not obeying the rules when it comes to the total time they can rent their home, too.

“We have an informer hotline and you can call or email our enforcement teams. That way, you have a big chance that you will have a hit.”

Airbnb began life in 2008 when its founders Brian Chesky and Joe Gebbia created an ad-hoc B&B in their San Francisco loft. Airbnb was born with the launch of its website in March 2009. It soon became one of the fastest growing start-ups ever. It started to make inroads into Europe – and Ireland – in 2012.

In recent years though, Airbnb has had to contend with a severe backlash. And Amsterdam’s policies seem to have particularly concerned Airbnb, not least because it is aware that several other cities across the continent are studying the Dutch model with a view to adopting it to their own needs.

It is thought that officials from the Department of Housing, Planning and Local Government paid particular attention to Amsterdam when devising its proposed policy, but a department spokesperson says the new rules are particular to Ireland and “tailored to address particular circumstances in the country”.

Bernard D’heygere, Airbnb’s London-based director of public affairs, believes it is unfair Airbnb is having to take the blame both for the over-tourism problem in Amsterdam and the housing crisis in Dublin. He does not wish to speak specifically about the Irish situation – Airbnb declined to make anybody available to be interviewed about the company’s operation in Ireland – but he says Amsterdam’s new 30-day rule will not produce the desired results.

“Cutting the limit of the amount of time people can share their homes by two – to 30 days – will hurt a lot of Amsterdammers and it will probably favour a lot of big hotels,” he said. “Limiting the rights of Amsterdammers is not really going to solve the tourism challenges in Amsterdam.

“We recently commissioned a report and we’re seeing that Airbnb plays a small part in the number of guests who stay in Amsterdam – there are 18 or 19 million tourists each year, we host about 800,000.”

Mr D’heygere believes it is up to both councils and Airbnb to work together to ensure a fair scenario for everyone.

Airbnb host Hans Omno van den Berg says the new laws which will affect him and thousands others will have no impact on cutting down tourist numbers or reducing the cost of rents in the normal housing market. “It’s a witch-hunt,” he says. “The council says it is worried about over-tourism in the city centre, but this old centre is always popular with tourists.

“Airbnb helps to revitalise other areas and bring visitors to parts of the city they would otherwise not see. And they are spending money in those neighbourhoods.”

By the end of 2019, after six months of Airbnb rules have elapsed in Ireland, we will have some sense if restrictions work in places like Dublin. 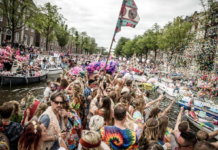 Fed Up With Tourists, Amsterdam Gets Tough On Airbnb, Tourist Taxes And Too Much Partying 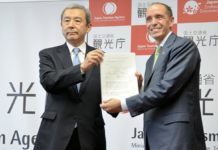 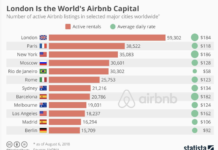