WOODINVILLE, Wash — A 17-year-old who was stabbed in the stomach and critically injured at a house party Friday night in Woodinville is now stable. Neighbors and the property owner are now trying to figure out how an Airbnb rental turned into a full-blown party for teens.

This entire street just off Bear Creek Road was lined on both sides with cars from people attending the party. It was so packed that the ambulance couldn’t get through.

King County Sheriff’s Department says as many as a 100 people showed up at this Woodinville home, and that teens rented an Airbnb for a house party Friday night.

“It’s surprising. It was a lot of kids,” said neighbor John Tully.Airbnb stabbing

A fight broke out and a 17-year-old boy stabbed another teen in the stomach, and then people started running, according to the Sheriff’s Department.

“It was a tussle. Then we helped carry him up. We have blood on us and stuff,” said a witness.

“My wife said there were at least 50 she saw running across. 50 or more,” said Venkataraman.

Neighbor G.K. Venkataraman says what happened worries him. But he’s not surprised.

“I know these things happen. It’s an Airbnb rental. it’s been rented out for events,” said Venkataraman.

“It’s been rented for several months now. But none of the events were ever that big. Most of them were families,” said John Tully.

“The neighbor called me, actually texted me at 10 pm telling me a bunch of kids running around and screaming,” said property owner Alan Sit.

The owner says he’s been renting out his five bedroom home for Airbnb since June and he hasn’t had any problems with guests. He says this time his property manager was duped.

“The property manager was deceived and try and sort out this mess now,” Sit said.

“Just based on the profile that they made on the Airbnb, they are local teens in the Kenmore/ Bothell area,” said Sit. “It’s the first negative experience we’ve encountered so far.”

Police say the young man accused of the stabbing was arrested a couple of blocks away from where the party was held. The 17-year-old stabbing victim is expected to survive.

“Our thoughts are with the individual who was injured and we wish him a quick recovery. The safety of our community is our priority and we have zero tolerance for illegal activity and disruptive parties. Upon learning of this incident, we suspended this guest from our platform while we investigate, and have reached out to our host to offer our assistance. There have been over 400 million guest arrivals in Airbnb listings and negative incidents are extremely rare. The overwhelming majority of Airbnb hosts and guests are good neighbors and respectful travelers, but when issues happen to arise, we work to make things right.” 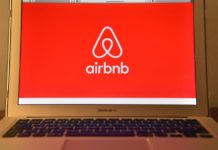 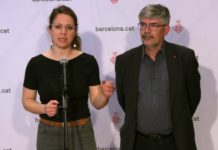